Tom Asacker (pron. ACE-ACKER) represents a new and dynamic voice in the world of business. His inspiring combination of down-to-earth philosophy and intellectual reasoning has given him supporters all over the world. For the past ten years, he has been advising leaders that the traditional engines of growth have run out of steam. He views today’s world of complexity and change as a large-scale manifestation of many emergent events and behaviors that require a new, coherent viewpoint to guide one’s actions.

Our Stories Steer Our Lives

What Do You Do?

Philip Zimbardo is a psychologist and a professor emeritus at Stanford University.He became known for his 1971 Stanford prison experiment and has since authored various introductory psychology books, textbooks for college students, and other notable works, including The Lucifer Effect, The Time Paradox and The Time Cure. He is also the founder and president of the Heroic Imagination Project.

Rockport Institute is widely acknowledged to be in a league of its own. Founded in 1981 around a revolutionary approach to personal assessment and discovery, Rockport has helped more than 14,000 people design the perfect career for themselves.  We created many of the methods now adopted by leading-edge career counseling professionals and have continually improved and refined them to bring the art of finding a fulfilling career into the 21st century. 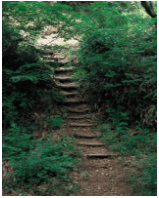